rganoClick has appointed Sten Åkerblom as new Brand Manager. He will be responsibility for

OrganoClick has appointed Daniel Lund as new COO for the Group. He will head the Group operations

"During the third quarter, we had a good development in all our business units. In total, the Group

Launch of ORGANOWOOD® wood protection in the USA with

"The second quarter was the most uncertain quarter we have ever entered as a listed company. We did

Launch of ORGANOWOOD® wood protection in Canada with

Vinnova funding for development of PFAS-free and 100 %

OrganoClick has been granted Vinnova-funding of SEK 1.3 million for further development of its

OrganoClick will take part in Aktiespararnas small cap days June 9 in Stockholm. The Company will

The event will be held in digital form with presentations broadcasted live at www.introduce.se.

OrganoTex® textile impregnation is launched in the UK

OrganoClick AB (publ) held its Annual General Meeting, 7 May 2020 at the company's head office in

"The first quarter of the year can be divided into two periods: before and after the COVID-19

The shareholders of OrganoClick AB (publ), 556704-6908, are hereby convened to the Annual General

OrganoClick to present at Investor meeting, hosted by

OrganoClick explores the conditions for carrying out a

CORRECTION OF RESOLUTIONS AT ORGANOCLICK'S ANNUAL

OrganoClick publishes its Annual report 2018 including

The OrganoClick-group signs agreement with leading

OrganoClick finalises the integrationen of Biokleen,

Funding from Vinnova for risk waste containers made of

Health care organizations handles large amounts of waste that can carry risks, such as needles,

Nomination committe of OrganoClick AB for the AGM 2018

Internal transaction of OrganoClicks shares in the

RESOLUTIONS AT THE ANNUAL GENERAL MEETING

OrganoWood gets its biggest project order ever

OrganoClick’s subsidiary OrganoWood has received its biggest single project order ever. For the

The shareholders of OrganoClick AB (publ), 556704-6908, are hereby convened to the Annual General

OrganoWood enter distribution agreements for the

Resolutions at the Extraordinary General Meeting

OrganoClick AB (publ) held an Extraordinary General Meeting, 19 December 2016 in Täby where the

OrganoClick - one of Sweden's fastest growing

OrganoClick is one of the selected businesses to

In the age of the global economy, no business operates in isolation. The SwitchMed B2B event

OrganoClick participates in a Vinnova project to phase

OrganoClick has entered into an agreement to acquire

ORGANOCLICK FROM SWEDEN NAMED NATIONAL CHAMPION IN THE

OrganoClick has been named a National Champion for Sweden in The European Business Awards,

Time to reduce the carbon footprint within hospitals

Can the forest make Sweden a global leader within the

Resolutions at the Annual General Meeting

Five guys, a fume hood and a fascination for cellulose

Exclusive preview of a unique burial coffin at the

Minister for the Environment; Åsa Romson wants to see

OrganoClick applies for permission to increase its

OrganoClick signs distribution agreement for the

OrganoTex® made by 7-up bottles collected by Taiwanese

OrganoClick part of this year's 100 sustainable

Resolutions at the Annual General Meeting

Filippa K becomes the first fashion brand to use

OrganoClick AB has been approved for listing on Nasdaq

Press-release - OrganoWood in collaboration with Welin

OrganoClick scales up its production of its water repellent, fluorocarbon-free durable water

In order to feature and showcase interesting cleantech companies from the Stockholm region,

OrganoWoods wood preservative has been, as "first in class", being eco-labelled with the Swedish

OrganoWood-modified wood has been nominated as "one of the hottest building material of the year".

OrganoTex now to be produced on the Asian market

OrganoTex showcased at Outdoor in Friedrichshafen

OrganoClick exhibits at Techtextil in Frankfurt

OrganoClick selected as one of the 33 most interesting

OrganoClick appointed as one of Sweden´s 33 hottest

OrganoWood enters into a strategic collaboration with

OrganoClick initiates a collaboration with the textile

OrganoClick on world tour with the Swedish Institute

OrganoClick appointed as a Climate Solver by WWF

OrganoClick appointed as the most promising Swedish

OrganoClick in the final in the Swedish environmental

OrganoClick gets support from Vinnova for developing

The american outdoor brand GoLite will start use OrganoTex® DWR treatment on its outdoor wear. The 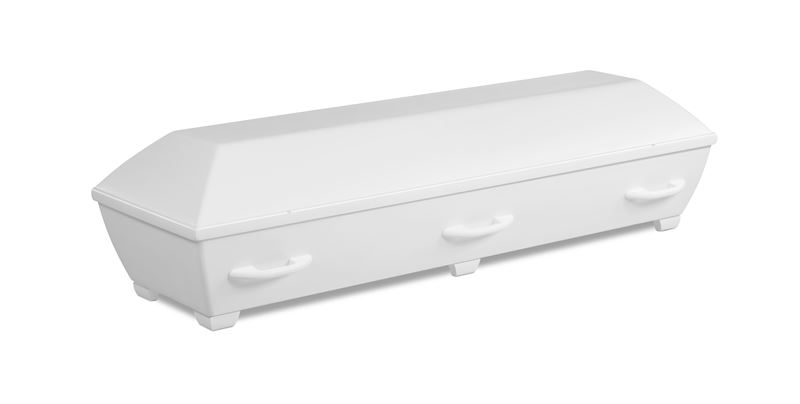 The launch of the burial coffin Saga marks the next step in a journey that started 10 years ago when the development of OrganoComp® was initiated. By using OrganoClick’s patented technology for modification of biofibers, a unique biocomposite has been developed, based on modified cellulose fibers, wheat bran, and biopolymers from food waste such as orange peels and shrimp shells. With OrganoClick’s fiber modification technology, properties such as fire resistance, strength and water repellency can also be added to the material. The biocomposite can be used to replace hard plastics such as polypropylene, or particle boards which contains large amounts of synthetic glue.

In order to make large objects such as coffins, a new production technology for 3D-moulding of large fiber-based products, has also been developed, inspired by the production process for moulded pulp, used for e.g. packaging. This has resulted in a highly automated production of large, complex, 3D-shaped products. The coffin Saga is with this technology, produced in only two pieces (lid and bottom), before being assembled to a final coffin.

OrganoComp® has now been implemented in two industrial applications. In addition to the burial coffin Saga, a sound absorbing acoustic panel has been launched by Baux, a leading supplier of acoustic products. New applications in the pipeline include a risk waste container used in hospitals, where OrganoComp® is replacing polypropylene. Other future applications of OrganoComp® include furniture, interior design and specialty packages.

-          OrganoClick’s biocomposites are based on research within biomimicry from Stockholm University and the Swedish University of Agricultural Sciences. By mimicking nature’s own chemistry, and combine this with our unique fiber moulding technology, we have developed strong and durable materials which can be used in such demanding products as burial coffins with high requirements on quality and surface smoothness, says Mårten Hellberg, CEO and co-founder of OrganoClick.

Serial production will now start of the burial coffin Saga and the acoustic panel in OrganoClick’s factory north of Stockholm. The first production line has a capacity of producing 50,000 burial coffins / year.